Chiang Mai – Rose of the North

Chiang Mai, Thailand’s 2nd largest city, is known as “The Rose of the North”. With a population of over 200,000, Chiang Mai is a modern vibrant city with an International airport but still retains the … 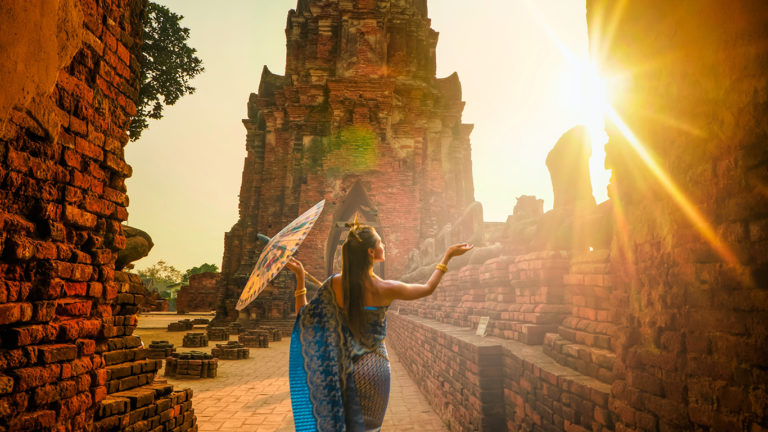 Chiang Mai, Thailand’s 2nd largest city, is known as “The Rose of the North”. With a population of over 200,000, Chiang Mai is a modern vibrant city with an International airport but still retains the culture, art and architecture from the days when Chiang Mai was the Capital of the ancient Kingdom of Lanna. Today, Chiang Mai serves as the gateway to Northern Thailand.

Located 700k north of Bangkok, Chiang Mai has become a major tourist destination for both Thai and foreign visitors. Modern Chiang Mai, built on the banks of the Ping River, nestles between fertile rice fields and is surrounded by some of Thailand’s highest mountains. Chiang Mai’s tropical climate is tempered by its elevation which keeps temperatures a little lower than in most other parts of Thailand.

For the tourist, and indeed for the large number of foreign Nationals who have adopted Chiang Mai as their second home, Chiang Mai has everything they would expect from a top class travel destination. Luxury Hotels, World class Hospitals, outstanding Golf Courses, fabulous Temples, spectacular Scenery, colourful Festivals and all the amenities that the modern traveler has come to expect.

Unlike many other cities around the World that have experienced a ‘Tourist Boom’, Chiang Mai has not forgotten its heritage. Accepted by many as the Culture Capital of Thailand, the people of Chiang Mai are proud to retain their own culture, language, cuisine and enjoyment of life.

It is easy for the visitor to quickly become enchanted by Chiang Mai. Chiang Mai is a city like no other. Whether you enjoy sightseeing, trekking, shopping, adventure sports or simply want to enjoy some of the best food in Thailand then Chiang Mai is the place to be. If you do over indulge then you can relax in one of Chiang Mai’s many luxurious Spas. Chiang Mai’s way of life can be infectious. If you visit Chiang Mai, you may never want to leave.

More from this author